Skilled migrant workers waiting two years or more for their visa applications to be processed have “lost hope” they will be assessed before fast-approaching expiry dates.

The Department of Home Affairs is currently assessing a backlog of applications for the regional skilled worker 887 visa that were submitted before September 2020.

As of March 2022, there were 16,467 applications for skilled worker visas still being processed, according to data released under Freedom of Information (FOI).

The 887 visa allows people to work and study anywhere in Australia, sponsor eligible relatives for permanent residence, or apply for Australian citizenship.

The delays have left skilled workers feeling “used” and concerned about being moved to bridging visas and struggling to find work because the temporary visa status is less appealing to potential employers.

Irene Teo moved from Malaysia to Australia in 2013 to finish her bachelor’s degree, and then her master’s, and has worked as a chartered accountant since 2016.

After her graduate visa expired, she successfully applied for a 489 skilled regional worker visa, requiring her to live in designated areas of regional Australia, which is due to expire in December this year.

In December 2020 she applied for an 887 visa, a visa for people who have lived and worked in regional Australia on a previous visa, but is yet to have it assessed.

“If I didn’t meet my husband I think I would move back because it’s just taking too long and I’ve been waiting for two years and there’s no contact or anything.”

She is concerned that if her 887 application is not processed before December, she will have to be successfully granted a temporary bridging visa to stay in Australia, and would then be unlikely to obtain employment given the visa’s precarious status.

Over the past two years, she has tried to get information about her visa application by contacting the department and contacting her local MP.

Home Affairs issued 305 of the 887 visas across March and April this year, according to an FOI document.

Registered nurse Kerry North from Palmview has also been waiting two years for a response to her 887 application.

She said the process had been “dreadful” and “mentally draining”.

“We applied in October 2020 and we’re still waiting. I’ve even contacted our local MP, I’ve called them several times, emailed them,” she said.

“We just feel like a ghost just waiting in limbo-land.

“The MP took a while to get back to me and he just came back with a generic answer that they only would look at our visa in emergency-type circumstances.”

Having an 887 visa would mean her daughter could go to university in Australia after finishing school, rather than waiting for a year or moving away.

Ms North also has a deposit on land but will have to let go of that deposit in December if the visa does not come through because of an additional $60,000 in foreign investment tax.

She said she had lost hope.

“If we lose this land then we’re going to have to make a decision to move to other states because the land in the Sunshine Coast is so expensive we’re going to be priced out,” Ms North said.

A home affairs spokesperson said reducing the number of on-hand visa applications was a priority for the Australian government.

“This will fast-track and bolster Australia’s economic recovery — supporting mobility for international workers and opportunities for Australian industry,” the spokesperson said.

The department was drawing on its “global network of visa officers to process applications in line with the government’s priority to support economic recovery and address skills shortages”.

“To further assist in the reduction of on-hand visa applications, the department is developing a surge capacity to boost visa processing capacity,” the spokesperson said.

“This will draw on staff from across the department and Australian Border Force.

“In addition, officers previously focused on the processing of travel exemptions associated with Australia’s border restrictions have now been redirected to visa processing.

“Consideration is also being given to a number of legislative, policy and processing adjustments to streamline visa processing.” 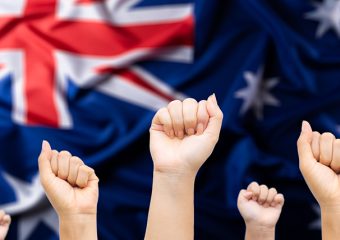 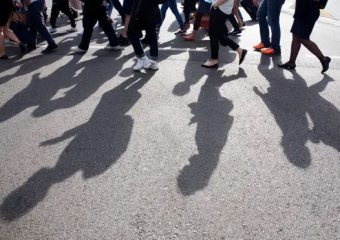 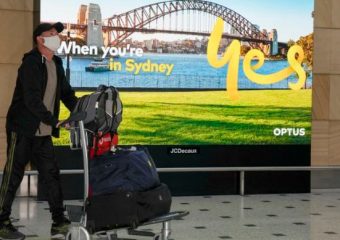