The past 12 months or so have clearly demonstrated one thing about our senior university administrators: they are relentless rent-seekers. They never miss an opportunity to beg the federal government to reopen the borders to allow in fee-paying international students. These overseas students have been vital to the funding of outsized university budgets, whopping salaries and over-the-top campus building programs.

It’s worth pausing here to remind ourselves of the definition of rent-seeking. One of the clearest comes from India Times: “When an organisation uses its resources to procure an unwarranted monetary gain from external elements, be it directly or indirectly, without giving anything in return to society.”

Of course, the university bigwigs would immediately claim that universities generate large returns to society. But the two key issues here are whether there are additional returns arising from the massive influx of international students and whether the benefits of having these overseas students outweigh the costs for Australia.

It’s also worth reminding ourselves of the numbers we are talking about. Between 2010 and 2019, the number of overseas students enrolled in higher education in Australia rose by nearly 200,000 to more than 440,000. That’s an increase of more than 80 per cent. The numbers in 2020 were slightly lower at 418,000, but still substantial.

Among international students, close to 60 per cent have come either from either China or India, with China being the largest group by far (37 per cent). Other countries represented include Vietnam, Malaysia, Nepal, Brazil and Pakistan.

The rent-seeking messages from the higher education sector are almost always the same: universities are very important to Australia; they make an important contribution to the economy; their research efforts are world class and support our wellbeing; international students are a significant source of export earnings and bring other benefits; and other countries could steal our international students if we’re not careful.

One of the most interesting aspects of this incessant rent-seeking is the almost complete absence of any acknowledgment that the universities have made mistakes and that actions are needed to remedy the problems. It would make a more convincing case if some senior uni­versity managers were prepared to concede universities need to change in certain ways – a line of argument that would appeal to the federal government.

Among the problems are excessive enrolments of international students, particularly those with inadequate English; the associated lowering of educational standards, including the misuse of contrived group assignments; the decline in the quality of the educational offerings and experiences to local students; restrictions on freedom of speech and the spread of cancel culture in Australian universities; and too much research that is woke and irrelevant.

There is, indeed, evidence that the English language proficiency of some international students actually declines during the time they are in Australia as they don’t mix with locals.

The evidence is also very clear that the group most likely to be exploited in the labour market is international students, including by business owners of the same ethnic grouping. Numerous reports confirm this finding.

In a truly bizarre decision by the federal government, international students are no longer limited to working 20 hours per week during semester time. This rather begs the question why these students are here: is it to study or to work?

In fact, we know that a high percentage of international students are more motivated by the prospect of securing permanent residence than undertaking an often substandard university course. Far too many come here with inadequate English language skills and insufficient funds to cover their fees and living expenses beyond a few months. In other words, we are importing low-skilled workers who aim to stay here permanently or for very long periods.

Left to their own devices, the universities cannot be trusted to achieve this outcome. There are insufficient incentives for any higher education institution to significantly reduce international student enrolments. If students are really motivated by PR, most administrators would simply say that is not their problem.

So what are the options that the government might consider? A simple annual cap on the number of student visas would create problems if this were to work on a first-in, first-served basis. There should, however, be a much higher English proficiency standard required to obtain a visa as well as evidence of the ­financial means to cover all costs of study.

International students should also be expected to go home upon the completion of their studies, although there might be some allowance for a further year of residence for courses that require intern years. There should be no expectation of achieving PR after graduation. If they want to return to Australia, they can apply some years after graduation, having achieved work experience elsewhere.

The federal government might also want to enter into agreements with individual universities to impose overall caps on international student enrolments, at both the institution and course level. A maximum of 20 per cent sounds reasonable. This would make those dubious coursework masters degrees aimed at international students unviable – but so be it.

The last thing we want is a ­return to the way things were. What had emerged was a situation in which all the financial benefits of having so many international students were captured by the higher education sector ­itself while the costs were largely borne by the community.

These included loss of urban amenity, including excessive congestion; unsightly apartment buildings; and distortions to the unskilled segment of the labour market. It is a situation that should not be repeated. 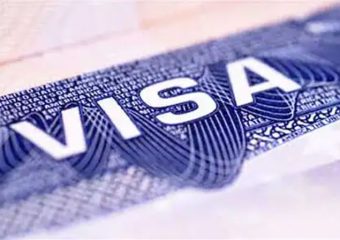 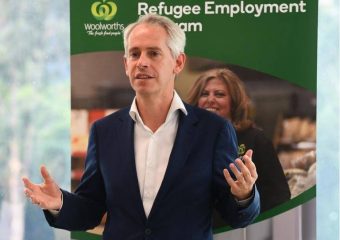 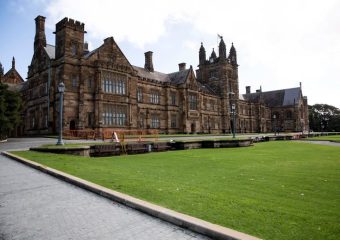