Senior Australian business leaders have urged the next federal government to address the nation’s labour crisis by boosting migration to fill jobs, warning a failure to do so risks causing a slump in economic growth. 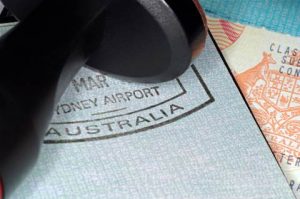 Diane Smith-Gander, who chairs the Committee for Economic Development of Australia, and is a director of energy company AGL and chair of buy now, pay later group Zip, believes the top three priorities for the incoming federal government should be: increasing the participation of women in the workforce, addressing the skills shortage that has reached a crisis point for the country, and ​decarbonisation of the economy.

Tony Shepherd, a former president of the Business Council of Australia, director of Snowy Hydro, EnviroPacific, and chair of Venues NSW, agrees that the top priorities of the next government have to be addressing the skills shortage and the productivity of the nation. “We’ve got a crisis. We need workers. It’s constraining industry and business generally,” he says.

Companies from BHP to small café owners are being hampered by labour shortages. Roles from train drivers to waiters to miners remain unfilled. Cafés in some cases are operating on reduced hours, while BHP was forced to downgrade its production forecasts for its nickel and copper divisions because of staff shortages.

A lack of workers in Australia is partly because of the decline in immigration over the past two years when the government shut the international border. However, there has also been a fall in the number of skilled visas being issued since 2017, according to data from the Home Affairs website.

Overall permanent migration visas have also declined from around 180,000 to 160,000 currently.

Shepherd says Australia’s inability to fulfil skilled roles means the next government has to prioritise a review into the education system at the high school and tertiary level, and target areas where Australia is weak, such as in science and engineering graduates. He says there also needs to be an examination of the TAFE system to produce more workers in trades.
The Sydney Morning Herald and The Age contacted dozens of business leaders, most of whom declined to stick their heads above the parapet to argue for what they believe should be the priorities of the next federal government. During a federal election, company chief executives, chairmen and women, and business groups usually steer clear of politics. As the Nobel Prize winning economist Milton Friedman said: “The business of business is business.”

A number of Australian companies even go as far as having a rule of not commenting on election promises and policies during the election campaign. Companies are cautious knowing that showing partisan support for one party is a gamble, especially if that party doesn’t end up winning office. Another reason is that companies don’t want to alienate customers, staff, or shareholders by entering the political fray, except on issues where there has been widespread community support, such as same-sex marriage, climate change or wages growth. Higher Costs
Peter Shergold, who was the head of prime minister and cabinet in the Howard government, also says the nation has to increase migration in the short term. “Australia still depends for its economic growth and development on large-scale recruitment of labour from overseas. We need to think: what is the appropriate balance that we need between permanent and temporary migration? And how can we do it in a way that is not perceived as a short circuit to investing as we should in our own education and skills training?”

Shergold says it’s the first time in three generations that Australia has not had mass migration. He wants to see a greater opportunity for temporary migrants to progress to become permanent residents, and also for the university and TAFE sectors to become integrated. While Australia needs more science graduates, Shergold says it also needs more people willing to work in aged care and childcare.

A tight labour market has pushed up wages, which has taken centre stage in the federal election campaign alongside the cost of living and interest rate rises.

In the RBA’s May Statement on Monetary Policy, it revealed that more than half of the companies surveyed expected to pay wage increases above 3 per cent over the year ahead because of the tight labour market. Companies such as Woolworths have supported an increase in retail workers’ wages in line with underlying inflation. The Australian Council of Trade Unions has called for a minimum wage increase of 5 per cent.

CommSec’s chief economist Craig James says without an upsurge in migration it will be hard to fill job vacancies, and expects businesses will either start looking at working existing employees harder or restructuring to prioritise what work they can and can’t do. “If you’re paying 3.5 per cent wage increases, and you want inflation at 2.5 per cent, the difference between those two has got to be productivity. Otherwise, companies will go backwards, they’re not getting the return. They’re paying out 3.5 per cent growth on wages, and getting 2.5 per cent on price.”

Shepherd says the inability to fill jobs will lead to higher costs, in areas such as wages, and Australia’s competitiveness declining. Both sides of politics have promised to review the migration levels.

Australia’s growing wage pressures come after a decade of low wage growth, where real wages have declined. Across the world’s richest countries, there is a trend of wages growth and rising prices for goods. This has added to inflationary pressures in the global economy already caused by a disruption to factory production and supply chains from COVID-19 restrictions in countries such as China, and a spike in oil prices triggered by Russia’s invasion of Ukraine.

Central banks around the world have been lifting interest rates in an effort to curb inflation, which could dampen spending and investment by business. Still, some business leaders such as Macquarie Group chief executive Shemara Wikramanayake remain optimistic. She believes the economy will remain resilient despite the threat of rising interest rates and inflation, saying the trends of decarbonisation and digitisation will drive strong business investment.

Lunatic Fringe
Diane Smith Gander, a director of Australia’s largest emitter of greenhouse gases AGL, also wants the next federal government to prioritise securing a unified national approach to decarbonise the economy, arguing there has already been a lost decade on federal public policy in this area.

“Everyone agrees with climate change science now, apart from a small group, which you might describe as the lunatic fringe,” says Smith-Gander. “We need to find a way to step towards a swifter decarbonisation of the economy, and support to ensure that it’s done in a just way and an orderly way, which maintains energy affordability for Australian households so that Australians continue to support the push to decarbonisation.”

AGL is the subject of an activist investor campaign by billionaire Mike Cannon-Brookes, who opposes a plan to split the company, and has criticised its failure to move towards decarbonisation more quickly.

Smith-Gander believes whichever side of politics wins on May 21 will have a strong mandate to act on decarbonising the economy. CommSec’s chief economist Craig James agrees: “Any government coming in at ground zero, whether Labor or the existing government, this is the time when you can do things. You have to take the opportunity from early on in your term and provide leadership.”

It’s a view also shared by Shepherd. “It comes down to leadership and policy. Business is pragmatic. They will work with anybody.” 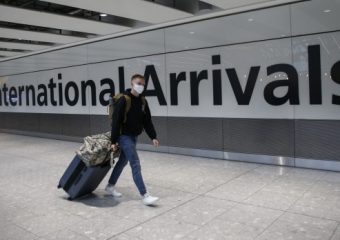