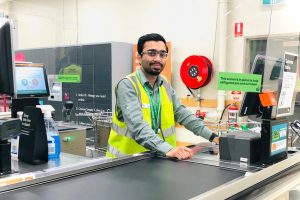 When Moin Rahman graduated from the University of Queensland as a qualified civil engineer, he thought his investment in a reputable international university would mean promising career prospects. But after applying for more than 80 jobs, the 28-year-old migrant from Bangladesh was unable to find a full-time position in his field.

“After a while, a person starts questioning whether they are a commodity being carried forward year after year.”

Despite being on a temporary graduate visa, Mr Rahman said he encountered “friction” that held him back from progressing beyond casual and part-time jobs.

“If I somehow miraculously made my way through to an interview stage, I would be asked about my visa status,” he said.

“When I would say that I am an international student but I have full-time work rights there was a shrug of shoulders and all of the preceding qualities that actually made the employer interested in me was overtaken by this one fact.”

Confusion around visa policies and a lack of career development services are issues that graduate employability experts and advocates say have left many people without a job.

Australia has welcomed nearly 30,000 international students under new economic incentives in the past six weeks, but some international graduates say they feel “unappreciated” and more should be done to support their long-term prospects.It follows the federal government lifting the 40-hour-a-fortnight work cap for student visa holders last month in a bid to fill skills shortages. It also offered to refund the visa application costs of international students who arrived between January 19 and March 19 this year.

International graduate Ruva Muranda said the temporary arrangements were “insulting” because little was done to support international students beyond recruitment.

“International students were crying for help when the COVID-19 pandemic started, and although we’re not looking for handouts, little was done to support us,” she said.

“We’ve invested a lot to come here, but once we’re done with our studies, job prospects are limited and I feel like that’s unfair.”

International student graduates with a degree from an Australian institution are eligible to apply for a temporary graduate visa (subclass 485), which allows them to live and work full time in Australia for the length of the visa. Graduates with a bachelor degree are granted a two-year work visa, while those with a masters or doctoral degree are granted three- to four-year visas.

Swastika Samanta, who holds a master of environmental management, said it had been difficult to find employment in her chosen field because public sector jobs required applicants to have permanent residency or Australian citizenship. With her options constrained, Ms Samanta said she worked casual and part-time jobs for the length of her temporary graduate visa.

“Beggars can’t be choosers. You take the best job that comes to you,” she said.

“But I kept applying for environmental consulting jobs. I kept networking and talking to people. The little money I was getting came from a tutoring position at uni.”

‘You see your peers move on in life and get jobs’

Ms Muranda, who graduated with a bachelor of biomedical science in 2018, said she experienced the same problem and had to work in a warehouse until early 2020.

“You see your peers move on in life and get jobs. They’re moving up and getting cars, houses, and doing things, and meeting career goals — and it feels like you’re held back at the starting line.”

“When I look back now, I think if I had been a permanent resident or citizen, I would be way ahead in my life at the moment. But I’ve had to sit and wait and do other things.”

Some employers confused about visa rules

University of South Australia business research dean Nancy Arthur welcomed the relaxation of policies for international students’ employment, but said they needed to be supported with services beyond recruitment.

Despite there being full-time working rights on temporary graduate visas, experts say barriers to employment have left many out of a job.

Professor Arthur said some employers might be reluctant to employ foreign students due to confusion and uncertainty about visa requirements.

“It can be that employers are confused about requirements and what they need to do. There can be misunderstandings and employers might assume that it is a difficult process,” Professor Arthur said.

Mr Rahman experienced this first-hand when a prospective employer told him he was a “complex visa issue”.

“So there’s a friction that is being upheld by employers due to these presumed ‘complex visa issues’, which is preventing international students from being able to get an interview, let alone secure the job itself.”

Over the course of her research, Dr Pham said she noticed “a huge lack of communication” between different stakeholders.

“Many employers have no idea what the visa policies for international students are,” Dr Pham said.

“They make the assumption that international students cannot stay in Australia for long and are unaware of other visa pathways like bridging and residency visas  … When I interviewed them, they explained that if they hire an international student, they would have to employ someone new to replace them in a couple of years.”

In some cases, Dr Pham said she found employers discriminated against international students on the basis of what she called “fit-in” culture.

“When an international student goes to an interview, the employer is looking to see if they can fit into the organisation and the workplace culture,” she said.

“If they don’t feel like they’ll fit in, they won’t employ them.

“This makes a lot of international students disappointed and confused because they say, ‘I interviewed well, I answered all the questions and prepared well.'”

“It is very important that Australia is positioned as a country that welcomes international students and offers pathways to employment experience,” Professor Arthur said.

“International students who return home tell the stories of their experiences in Australia. International alumni are also important contacts for future business.”

Prior to the border closures in 2020, international students contributed an estimated $40.3 billion to the economy. International education supported about 250,000 jobs in Australia. Dr Pham said students could leverage the other resources they brought to develop their careers in Australia.

“For example, I spoke to some employers who said hiring foreign students had helped them understand the market in China, so they opened a new branch in China.”

While Mr Rahman and Ms Samanta are still looking for full-time employment in their chosen fields, Ms Muranda said she finally found a full-time position as a bone density technician after two years of searching.

“I’m very lucky that where I’m at now, they took me even though I was on a post-study visa, and I’m very grateful for that, but most places are not like that,” Ms Muranda said. 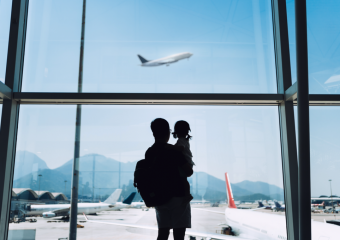 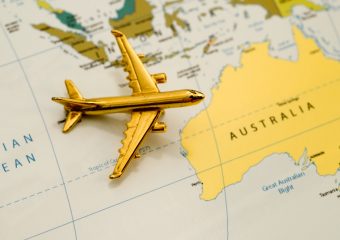